Looking for a safe vehicle for your family in Lancaster, OH? Well Toyota has you covered at Buckeye Toyota. That’s right, the reasons to buy a Toyota just keep getting better. The Insurance Institute for Highway Safety (IIHS), awards vehicles each year based on their crashworthiness, crash avoidance and mitigation. What are they looking for? How well a vehicle can protect passengers in the case of a crash and how well a vehicles technology can help avoid the crash all together. Toyota CONTINUES to lead the industry of vehicle manufacturers with the most IIHS award winners. 14 Toyota and Lexus vehicles won an IIHS award and 12 vehicles won the highest award of them all, the TOP SAFETY PICK+.

Toyota puts safety first, even making changes to manufacturing after new models are announced. This year the Toyota Avalon was deemed a TOP SAFETY PICK winner, so what did Toyota do? Went back to the drawing board and made headlight adjustments to get the avalon into the category as a TOP SAFETY PICK+ winner. Why? Because when it comes to safety Toyota is not willing to cut any corners. “At Toyota, we’re committed to developing safe and reliable vehicles,” said Jeff Makarewicz, Toyota’s North American Vehicle, Quality & Safety Engineering group vice president. “The Toyota Avalon’s latest achievement is a great example of how we continually evaluate new criteria and find ways to enhance our customers’ driving experience.”

Here is a list of all of the Toyota vehicles that got the honor of making the IIHS Top Safety Picks list:

So if you are looking for a car that is built with the yours and your family’s safety in mind, stop by Buckeye Toyota and see all the options Toyota has to offer.

0 comment(s) so far on Safety First – the Toyota Way 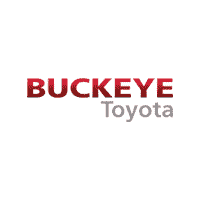